Fourteen years have passed since Calexico first worked with Iron & Wine, their first collaboration on 2005’s In The Reins was a thing of beauty. The artistic connection that originally brought Sam Beam, Joey Burns and John Convertino together has cemented their friendship, and it’s evident that both acts are stronger for having worked with each other. 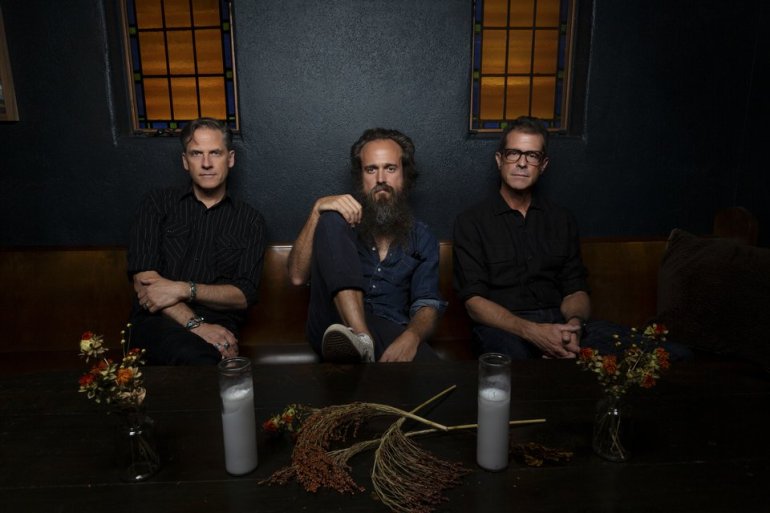 Calexico were said to be bowled over by Beam’s many talents:

“The arranging, the writing, his sense of rhythm, the quality of his vocals—and then there’s the experimental side of Sam,” Joey says. “They were the perfect band at the perfect time for me,” Sam adds. “I loved all their different sounds. They’re musical anthropologists, not regurgitating but absorbing what they discover.”

Nearly 15 years on, “coming back to the project has to do with acknowledging how much impact the first record had for me in my life.”

Since then, their metaphorical roads diverged, they kept in touch and cross-pollinated where they could. Burns cropped up on Iron & Wine’s 2007 album Shepherd’s Dog; Beam sang on Calexico’s 2008’s Carried to Dust and 2015’s Edge of the Sun; guitarist Paul Niehaus, a long-time Calexico sideman, joined Beam’s touring band.

Enter Years to Burn, recorded at Sound Emporium in Nashville with producer Matt Ross-Spang over the course of five days, it features ten new original compositions, and while Beam wrote all the songs for In the Reins, this recording features contributions from both Beam and Burns as well as from Convertino and those featured on the record.

Lead tracks from the album can be heard below;

The last time Iron & Wine graced the UK with his presence was back in 2016, that was in support of Love Letter For Fire album along with co writer Jesca Hoop, so this collaboration and tour with Calexico has been eagerly anticipated by fans.

I’m looking to shoot this for Rockshot Mag, I’ll bring you a full live review, along with images from their Bridgewater Hall, Manchester show which is on Wednesday 20th November, so watch this space.

Calexico and Iron & Wine can be seen on the below UK tour dates; with support coming from Irish singer songwriter Lisa O’Neill.