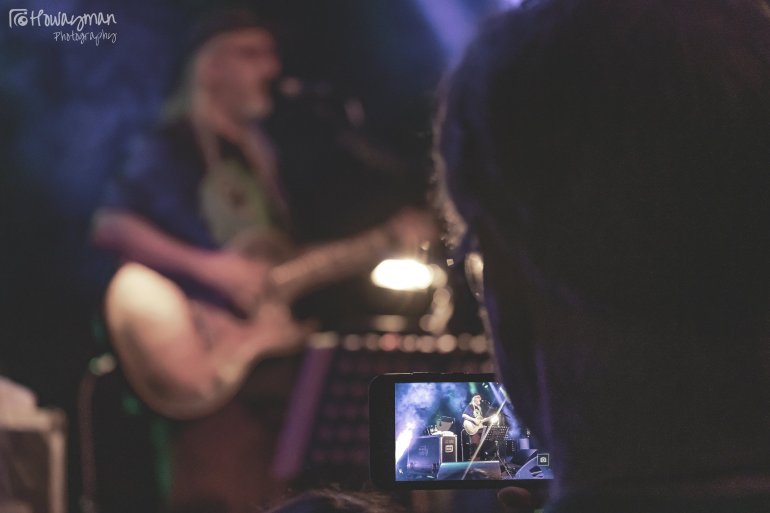 As the crowds gather and form an orderly queue inside the confined stairwell at Belgrave Music Hall, Leeds it looked to be quite an eclectic mix of music fans from the ones who weren’t born when Dinosaur Jr were tearing it up in the early 90’s to the ageing group of fans who have been there got the t-shirt, and who are more than familiar with J’s back catalogue.

I could feel the anticipation in the air and I was looking forward to seeing the indie rock hero in action again, the last time I saw him live was in 2015 at Brudenell Social on the Tied To A Star tour where he was his charming miserable self with very little communication with the audience, letting the music speak for itself.

First up on the bill tonight was Philadelphia singer-songwriter Rosali Middleman, I wasn’t that familiar with her work so was unsure what to expect although being on tour with J and having his some what stamp of approval as an opener I was looking forward hearing her.

Rosali walked out wearing a long black evening gown as she picked up her red Fender electric guitar, quietly introducing herself as she eases into the first song. 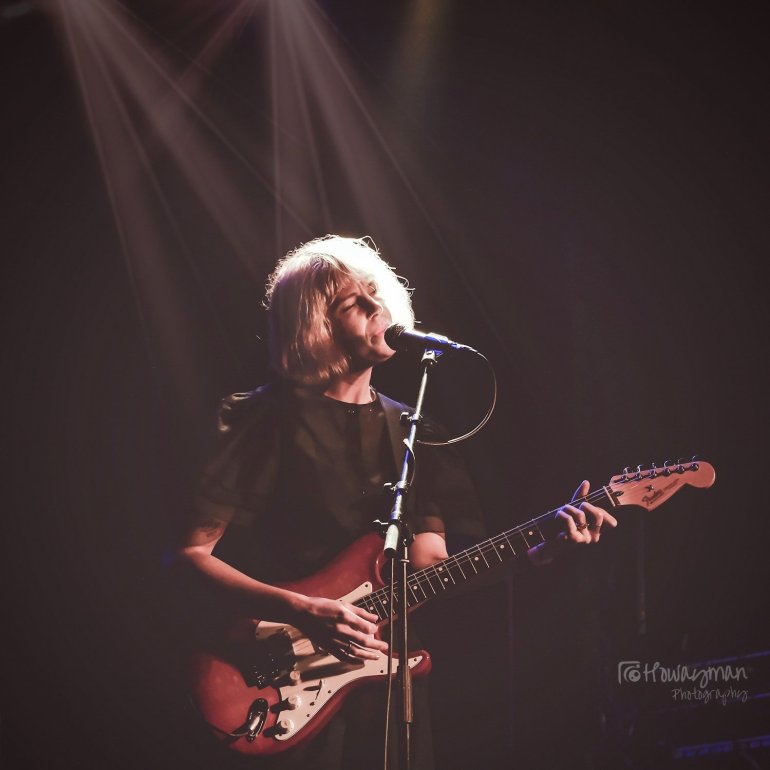 She runs through her collection of contemplative rock songs that are seeped in heartache and vulnerability, swaying from side to side as she delivers her pshydelic folk rock with sincerity.

Most of tonight’s set list includes tracks from her second solo album, Trouble Anyway released last year,
The emotion in her voice draws the audience in and everyone seems to be caught up in their own thoughts as the soak it up letting the music guide them.

In very low tone she says “Thanks For Having Me” and finishes off her short but beautiful set.
As Mascis’s stage time gets ever so closer everyone inches forward to secure their positions and rest against the stage, looking around the venue it’s certainly filled up in the last 10 minutes and there’s barley any room to move around.

Although I adore the craftsmanship and layered instruments of his albums, there’s a lot to be said, and to be treated too the very stripped back versions live. One man and his acoustic, howbeit he has a vast array of effects which he can build a wall of sound with.

A subdued Mascis walks out wearing his trademark baseball cap and Mishka eyeball t shirt, picks up his acoustic, says Hi before launching into the Dinosaur Jr classic Thumb way back from their Green Mind album, which opens up with up with the great line “There never really is a good time, there’s always nothing much to say.”

It’s a nice surprise to see Mascis standing on his solo shows apposed to his normal seated position, you definitely get a better view of him in action without having to navigate through the crowd to find a empty space and vantage point.

The folky Lemonheads esk Everything She Said is up next followed by the broken and fragile vocal tones of Listen To Me. Besides his solo material, Mascis also laid into Dinosaur Jr cuts such as the brilliant Out There which ends a stomp on his overdrive pedal and J unleashing a solo dripping with technical excellence and fretboard wizardry.

J is a man of few words, I do find his limited banter to be quite dry and humorous though although I’m not sure if this is unintentional and that’s just who he is, I also love the fact he doesn’t have an act, his loose and casual demeanour feels like you’re watching a friend jam a few songs at a party.

Elastic Days and See You At The Movies are up next as he works through his set list along with Drifter from Tied To A Star album, this is a great instrumental song, this is a nice little interlude which J can cut loose the shackles of his singing duties and just rock out.

With that he puts his guitar on the stand and leaves the stage without muttering a word, 20 seconds later he returns, “Thanks For Sticking Around”, most of the crowd smiled as he’d not even given people the chance to realise he’d walked off.

With that he breaks into a rendition of The Cure’s Just Like heaven which is received to great applause and raptures of singing, Mascis completes the evening with the brilliant Fade Into You by Mazzy Star, after which he does walk off for the final time.